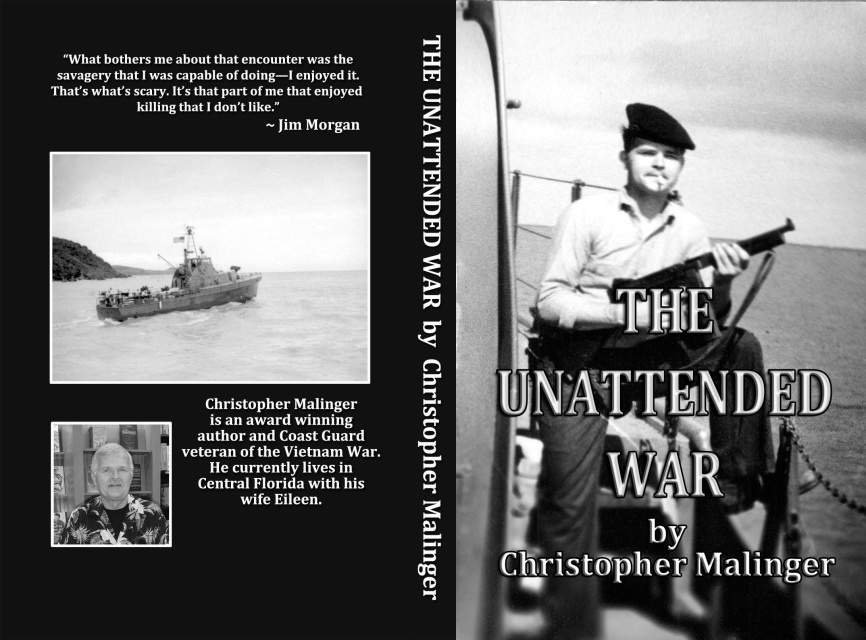 The Unattended War, by Christopher Malinger

Idealistic, and wanting to serve his country, Jim Morgan volunteers for duty in Vietnam. As a member of the Coast Guard’s special detachment, Squadron One, he sees it as an opportunity, too, as an adventure. That idealism soon vanishes as he is faced with the realities of war and the realization that others do not share his enthusiasm.

Years later, trapped in a Minnesota cabin during the Great Blizzard of ’75, he relates his tale to a friend. The story, originally meant to pass the time, becomes a catharsis and discovery of self.

Fictional, The Unattended War is a true account of struggle faced by many who served in the Vietnam War.

(Each purchase includes one autographed copy of The Unattended War.) SHIPPING IS FREE